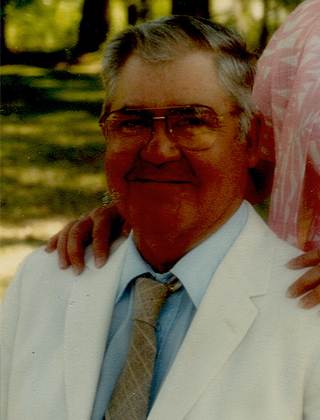 Son of Ben & Lucy Mae Buzbee. Husband of Betty Vause. Unique man. 4 Daughters, Maxie, Melva, Angie, Lesa & 2 Sons Ben and Neal. “He Did It His Way”! After attending school in Waukeenah and Monticello, he worked as a mechanic for Brown Tractor Company in Monticello. Later became self-employed as a mechanic and farmer. He bordered on being a mechanical genius. He could build most anything. In his later life, he built and operated along with his son, Neal, U-Fish Catfish Ponds, which was a big success. One of the highlites around Waukeenah on Friday and Saturday nights was the fish fry and card games held at the fish pond for his family and friends He was ahead of his time in that he was constantly recycling. In fact, he even recycled himself (donated his eye cornea at his death). Melvin loved to hunt and fish. Of the two, I think fishing was his great love. He was a master at building boats. One in particular, the airbboat he used to mullet fish, was his favorite. When Waukeenah United Methodist Church held their fund raising “Fish Frys” each year, they could always count on Melvin to catch the fish!