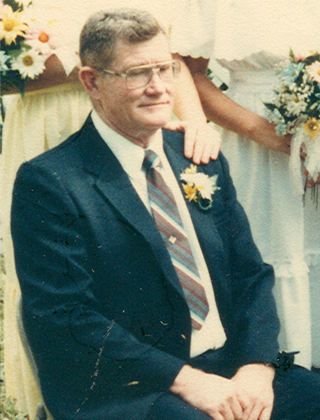 Husband of Virgie Buzbee Thompson. Son of Bartow & Josie Lee Thompson, Sr. Brother to Nathalee. Father of Sharon, Melanie, & Kim. Died with heart attack as result of digging up azaleas at the Waukeenah Cemetery with Gale Meadows. Red was a happy-go-lucky guy with not a care in the world. He loved to sit in the back yard in the swing and play the Banjo. He was very good at it.! After his marriage to Virgie, he ran a “Rolling Store” for a little while, then operated a grocery store in Waukeenah. Later worked as a paint and body mechanic until his early retirement due to his health. He was born and raised in Waukeenah, attended school there and Monticello. Served his country in the US Air Force and was a Korean War Veteran. He was of the Methodist faith.